Muslim community all over the world has a strong faith that the Holy Kaaba is the most sacred place in the whole world. Millions of pilgrims travel to Makkah every year to attend the annual ceremony of Hajj. Non-Muslims are not allowed to enter this sacred city and violators are punished with a fine or sometimes with deportation.

Travelers started to stay at Makkah after the occurrence of the Zamzam well and it expands to a modern infrastructure after the 1950s. There are a lot of places in Makkah that relate to Islamic history and you can visit them during your Umrah.  Some of these are mentioned below:

This sacred mountain is more famous as Jabal Rahmah than its original name ‘Mount Arafat’. In the Arabic language, Jabal Rahmah means “Mount of Mercy”. It is a valley that is located about 20km on the east side of central Makkah. On 9th of Dulhajj, it is mandatory for every hajj pilgrim to stay at the mount of rahmah to make prayers and ask forgiveness from Allah Almighty. Hajj would be considered as invalid if any pilgrim doesn’t perform this ritual of hajj.

It is the cemetery in Makkah that is located on the north of Masjid-al-Haram and near to the mosque of Jinn. It is the cemetery where several notable personalities from the Prophet’s era are buried there. Hazrat Khadija (RA) the first wife of Prophet (PBUH), Abdul Muttalib (RA) grandfather of Prophet (PBUH), Abu Talib ibn Abdul-Muttalib (RA) uncle of Muhammad and father of Hazrat Ali (RA) and Abd Manaf great-great-grandfather of Prophet Muhammad (PBUH) are buried here. You can visit this historical place during your Hajj and Umrah.

This cave is located in Jabal al-Nour of Makkah and it has a high significance among the Muslims. Almost every Umrah pilgrim visits this place during his/her Umrah. This is the cave where the Prophet (PBUH) meditated in solitude for a number of days. Holy Prophet (PBUH) received the first revelation from Allah Almighty by angel Jibreel (AS) that is described in the Holy Quran as: “Read in the name of your Lord, the Creator. He Who created man from a clot. Read! And your Lord is the Most Bounteous. Who taught by the Pen, taught man what he knew not.” [96:1-5]

Our beloved and last Prophet (PBUH) was an orphan by birth as His father Abdul Muttalib (RA) died during a business journey to Syria before His birth. Mother of Prophet (PBUH) Hazrat Amina (RA) gave him birth in her house. The house was located in the area known as “Shaib Bani Hashim”. Every pilgrim has a desire to visit this place during their Hajj or Umrah. Most of the reliable Hajj and Umrah agents include ziarats in their Hajj and Umrah packages. You can also request to add ziarats in your private package.

In fact Tuwa is a valley in the sacred city of Makkah. The word ‘Tuwa’ means pleated well. Our last Prophet (Peace and Blessing Be upon Him) used this well while performing Hajj. This incidence is also described in a hadith. Now the name ‘Tuwa’ is assigned to this well located in the north direction of Makkah city. Once the Prophet Muhammad (PBUH) said thousands of prophets from Bani Israil has also used the well to take a bath. Our Holy Prophet has also spent a night on another occasion with the group of Muslim warriors. The well is now the part of Makkah city.

This mosque is also famous by it is another name ‘MASJID AL TANEEM’. This mosque is named as Masjid-e-Ayesha because of the daughter of Prophet (PBUH). Holy Prophet (PBUH) ordered his daughter to assume the state of ihram for performing Hajj. It is located about 7.5 km from the main centre of Makkah city on the road leading to sacred Madinah city. However, this mosque is not a miqat point for assuming ihram. This mosque is quite big with facility of bathing, ablution and changing for the pilgrims and also for the people who offer regular prayer in the mosque.

Although every ziarat is worth watching in the sacred city of Makkah we have shortlisted the above points that you can visit in your short time during the Umrah journey. Most of these points are included in your Umrah packages. There are many other points that you can visit in your Umrah if you have spare time to visit the city. These are the following:

Most of the travel agents provide ziarats in their standard Umrah deals. If you want to make a tour to all of the above-mentioned points you can request to add special transport in your Umrah. You can call us 24/7 at 0203 807 8646 to book your Hajj and Umrah deals. 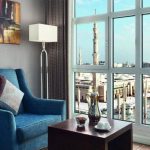 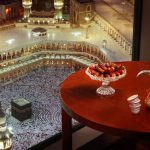 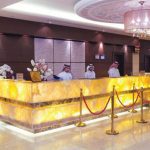 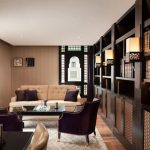 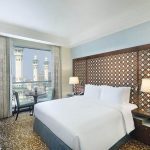 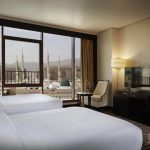