Our expert team handpicked all hotels in Makkah and Medina

Price Quote within 15 minutes of the request confirmation

We are here to help, before, during, and even after your trip. 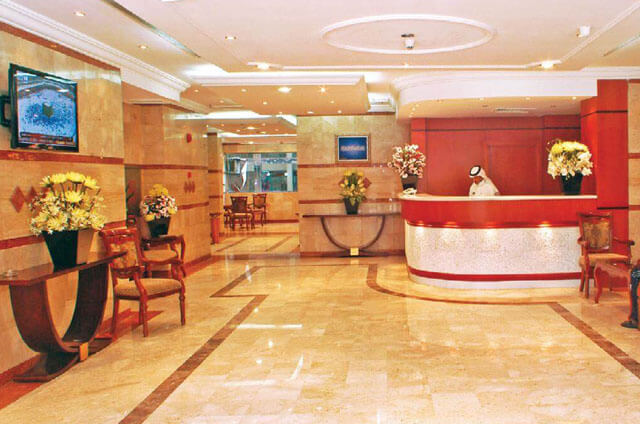 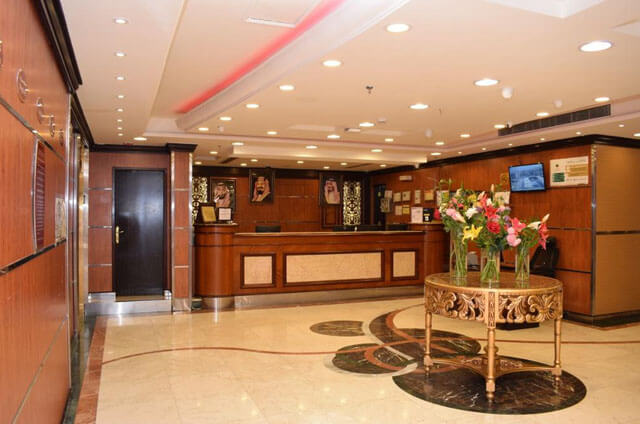 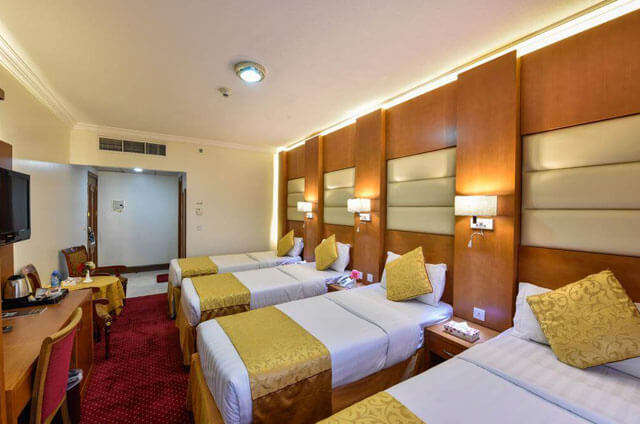 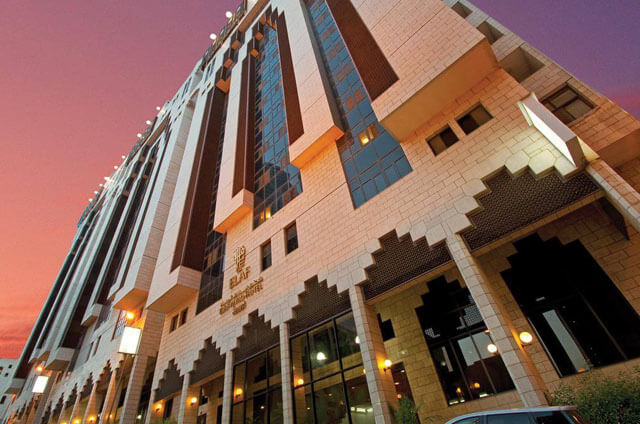 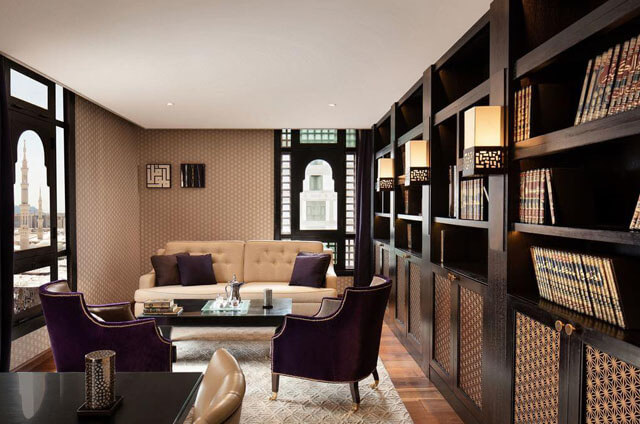 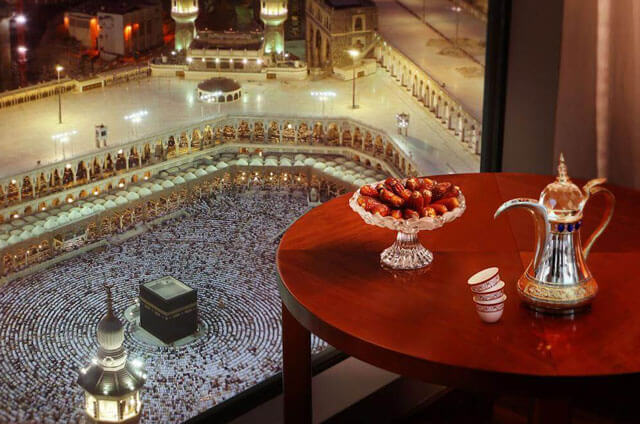 Absolutely No Hidden Charges in the Packages, because we believe in transparent pricing.

Get Your Umrah Visa Instantly with E-Visa system by the Ministry of Hajj & Umrah.

Our packages are designed with Utmost care for Couples, Families, Disabled and Children.

With Dua Travels your Personal Data and Payments are fully Secured

Umrah & Hajj Specialists are available 24/7 at your service

View All Recommended
All Options from Affordable to Luxury...

Choose Hotels of your Own Choice

Name the Hotel you are looking for, and we will book that for you at affordable rates. We have over 500 Hotels in The Holy Cities of Makkah and Madinah on our panel. You can have the best deals from Dua Travels with an economical budget for your Umrah. If you are searching for luxurious accommodation in your sacred journey, Dua Travels has got you covered.

Do you want to have a look at Haram or Kaaba after getting up in the morning? You can book the best accommodation with premium Haram or Kaaba view rooms with us.

All Options from Affordable to Luxury...

Choose Hotels of your Own Choice

Name the Hotel you are looking for and we will book that for you at affordable rates. We have over 500 Hotels in The Holy Cities of Makkah and Madinah on our panel. You can have the best deals from Dua Travels with an economical budget for your Umrah. If you are searching for the luxurious accommodation in your sacred journey, Dua Travels have got you cover.

Do you want to have a look of Haram or Kaaba after getting up in the morning? You can book the best accommodation with premium Haram or Kaaba view rooms with us.

For a comfortable and distraction-free experience, choose Dua Travels as your Umrah and Hajj companion today. More than 25 years of experience working in the industry has enabled us to build our reliable services and travel solutions.

We are an expert in
this field

Experience comfort & reliability with our professional team.
Focus on your prayers with ease of mind.

Ministry of Hajj and Umrah

See what others are saying about us

Highly trained staff at your services available to deal with the queries any time you requested!

Let us Call you Back

Book a free call back from one of our Hajj Umrah Specialist at a time which suits you, and one of our team members will be in touch.

Do you want to pay by hand or need detailed information? Visit our office any time in the below mentioned Hours.

Hajj and Umrah is easy to perform with Dua Travels

Hajj and Umrah are the pious religious obligation which is performed by all Muslims from all over the world. About Hajj it is said in Islam that if a Muslim has money, he must perform Hajj once in a lifetime. Allah has promised Jannah for all those pilgrims who perform Hajj in the proper instructed way. Hajj purifies all his sins, and he starts his new life again with new pledges.

Hajj can be traced back to the famous story of sacrifices by Ibrahim (AS) and his son Ismail (AS). The sacrifices start from leaving his wife and son alone in the mountains to the building of Kaaba and animal sacrifice. All these memories have been incorporated by Allah in Hajj. During Hajj, at many places, the sacrifices of Ibrahim AS and his family are recalled. Hence, Hajj is very close to a Muslim’s heart.

Hajj is performed once a year, but Umrah can be performed many times in a year. If the pilgrim doesn’t have enough money to perform Hajj, he must visit Allah’s home for Umrah and rejuvenate his belief and devotion.

Umrah is the beautiful Sunnah of our Prophet PBUH, and it is commanded to perform Umrah to refresh the Muslim’s faith in Allah, Prophet PBUH, and judgment day. In Umrah, the pilgrim will visit Kaaba, places in Makkah, and Ziarat in Madina at very reasonable rates.

The potential pilgrim must have the following basic things before contacting our company to apply for Hajj and Umrah 2021. Without these, no travel agent accepts the Hajj and Umrah application.

The Muslims have a religious attachment with Allah’s home so, they want their holy trip to be comfortable and complemented with reliable arrangements. Hence, they choose the Hajj and Umrah packages by the operators, which suit them well. Even they customize the packages according to their requirements.

People of the UK utilize holidays like Easter holidays, Ramadan holidays, and new year holidays to perform their Hajj and Umrah. The potential candidates should thus select the suitable Umrah packages for these holidays and book well before time as it is the peak season for Umrah applications.

The best British Hajj and Umrah services include the rule on all the travel agents to clearly explain their terms and conditions. The potential pilgrim should go through all the terms and conditions of the particular agent to avoid any future confusion and mis-coordination.

Our company is one of the best Hajj and Umrah operators in the UK. We serve applicants residing in the UK, especially London. We are a reliable operator and offer reasonable Hajj and Umrah packages. Our occasional deals are quite cheap, and quality control is good. Our team is quite efficient and experienced. We are operating 24/7, and potential pilgrims can contact us and even apply online.

We are offering diverse Hajj and Umrah packages in 2021, which are all-inclusive. The Hajj packages include the Visa, accommodation, flight, breakfast in hotels, a guide to help the pilgrim. We have planned a reasonable stay time in Makkah and Madina, and we also offer a visit to Zarat in Madina.

Our company offers to stay in 3 stars, 4 star and 5-star hotels in Makkah and Madina. The client can choose the hotels according to their budget and requirements. Usually, four people share the room in the shifting Hajj package, but we can reduce the number of people in a single room to three according to the requirement of the potential pilgrim. Even we accommodate the couples and ladies separately.

The airline we offer is reliable UK airlines and Saudi Airlines with direct and indirect flights. The airline will depart from London and take to Madina and Makkah according to the packages opted by the potential pilgrim. The company’s guide will be with pilgrims to guide them to all places and help them in settlement arrangements. We can customize the packages according to the requirement of the pilgrims as we are a client-friendly travel agent.

The Umrah packages include the 3-nights, 5-nights, 7-nights, and 14 nights offers in 3-stars, 4-stars, and 5-star hotels in Makkah and Madina. The prices of the packages are also reasonable and cheap. The cheapest Umrah offer that we propose starts from £600.

We offer the group Umrah packages for holidays in Ramadan, Easter, and the new year. Umrah can be performed at any time, and the new year and Easter holidays are the perfect occasions to avail the opportunity. Ramadan is the best time to go for Umrah because, in Islam, Umrah in Ramadan is equivalent to Hajj, so it holds great importance. The potential pilgrim needs to book these group packages well before time as these are the peak time packages when all the people residing in the UK will be applying for Umrah. Hence for a reasonable offer and group package, the pilgrim needs to plan on time.

We are partners with